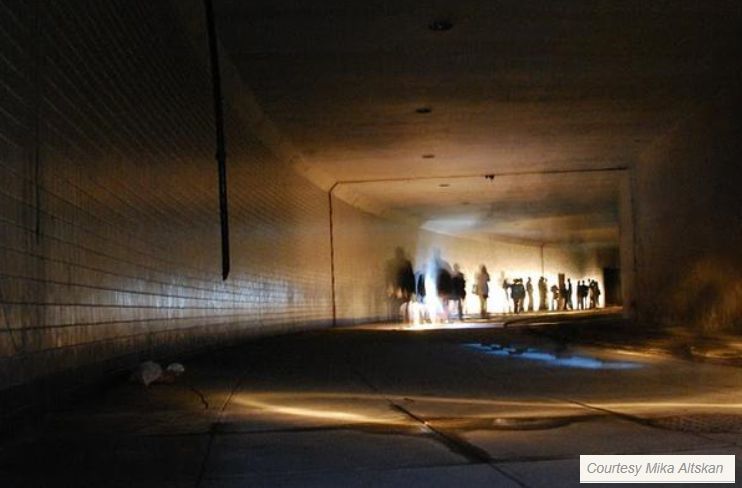 As a development consultant with a specialty focus on affordable and supportive housing, HAND member and emerging leader Patrick P. Smith can add “innovator” to his dossier.

A Washingtonian since 1994, Mr. Smith was introduced to supportive housing development by Reuben McCornack, a renowned supportive housing development specialist in the District. Mr. Smith’s first project was the 54th Streets Apartments in NE, a property designed to support independent living for disabled residents in wheelchairs. During the recession, Mr. Smith decided it was time to further his education in the field of community revitalization and returned to school, earning a Masters of Real Estate Development from the University of Maryland. After graduation in 2012, he continued to work with several developers on projects through out the city.

One of the biggest challenges he – and other developers –are often faced with are the pre-conceived notions by the general public and local government that affordable and supportive housing “doesn’t work,” is of poor quality or brings down the property value.

“When I hear those things, I point to a 2008 Toronto study by the Wellesley Institute that found property values actually increased and crime decreased in the area around the supportive housing community in the study,” says Mr. Smith. “Supportive housing development does work. It is a benefit to the community.”

He also proactively works with organizations dedicated to advocacy, like the Coalition for Nonprofit Housing & Economic Development and its supportive housing committee working group. By being part of HAND, he is able to further connect with equity partners and other developers, a helpful and necessary component to getting the word out about potential and innovative projects and funding mechanisms, such as tenant purchase or affordable housing preservation. Networking and active participation within the regional industry help support the communities and the residents to succeed.

In addition to his strong professional commitment to developing supportive and affordable housing, Mr. Smith is also committed to innovating other aspects of the community as well. Recently, he conceptualized and pitched the “Dupont Circle Artwerks” project to the non-profit Arts Coalition for the Dupont Underground. The project focuses on threading community, culture and the arts in an affordable way into the urban landscape of Dupont Circle.  His proposal, which was recently featured in the Washington Business Journal, outlined a $26 million mixed-use project that includes a 41-room micro hotel, fine arts storage facility, an art gallery, a black box theater, artist studios, cafés and a restaurant! If the proposal goes to development, it could be one of the few models that could that provide an economic return to the city to help subsidize a cultural space.

When asked what piece of advice he wished he had gotten sooner, Mr. Smith said, “Don’t allow yourself to give up when other people don’t initially believe in your idea. As Ghandi said, ‘first they ignore you, then they laugh at you, then they fight you, then you win.’”

HAND is pleased to spotlight Patrick Smith as our newest emerging leader, who certainly contributes to our organization’s COLLABORATION, INNOVATION and TRANSFORMATION of the metropolitan area!

DCSEU: Collaborating for a Brighter Economic, Environmental and Energy-Efficient Future for D.C.

Since 2011, District of Columbia Sustainable Energy Utility (DCSEU) has delivered financial incentives, technical assistance and information to help city residents and businesses use less energy and save money.

DCSEU’s collaborative efforts have helped residents save millions of dollars on their energy costs through its innovative Low-Income Multifamily Comprehensive program, an effort where DCSEU works with developers starting with the design concept and ending with resident move-in on new construction and major rehabilitation projects. The program is missioned to ensure that energy-efficiency measures are considered, valued and properly installed during the pivotal points of development. All properties must be income qualified, with at least 66% of the units occupied by residents earning at or below 60% of the area median income.

In fiscal year 2013,  the DCSEU committed $5.7 million to improve energy-efficiency in affordable housing properties and provide technical assistance and financial incentives to support energy projects at more than 36 properties in the District. The DCSEU’s financial assistance motivates developers to invest in energy-efficiency measures that deliver saving to their residents and reduce their own operating costs.

This past December, the DCSEU’s Low-Income Multifamily Comprehensive program was highlighted as a best practice case study in the American Council for the Energy-Efficient Economy’s Multifamily Roadmap to Energy Savings report. The White House and the U.S. Department of Energy featured this report as a roadmap on viable methods to improve building energy efficiency in line with the President’s Climate Action Plan. In the report the DSCSEU Low-Income Comprehensive program was noted as being among one of the country’s most cost-effective energy efficiency programs, an impressive feat after only three years of DCSEU operations!

HAND is pleased to spotlight the DCSEU, which certainly contributes to our organization’s COLLABORATION, INNOVATION and TRANSFORMATION for the metropolitan area!