The demolition of the vacant Daily Times building in Salisbury to make way for a new medical center and the redesign of the Brentwood Fire Station  into a municipal center that will house town offices, the police department and a public meeting space are two of the 27 projects receiving grants through the Strategic Demolition and Smart Growth Impact Fund program.

The awards include $2.5 million to help Baltimore demolish long-time vacant buildings in strategic neighborhoods as part of its Vacants to Value initiative.

DHCD is announcing the award of $7.5 million to benefit 27 projects in 12 counties and Baltimore City. Those funds are expected to leverage an additional $178 million in public, private and philanthropic investments.

Established in 2012, the program funds such predevelopment activities as demolition, land assembly and infrastructure improvements that are critical to attracting other public and private investment. This funding is also available to local governments and nonprofit community development corporations, who many times are working with private entities and other partners invested in Maryland neighborhoods and focused on creating jobs and housing opportunities.

The NeighborWorks America board of directors has named Paul Weech the new president and CEO for the organization. Weech brings to the position more than 25 years of leadership experience in housing, community development and financial services.

“I am very excited to take on the stewardship of such a strong and historic organization, which has been a major force for progress in housing and community for more than 35 years,” says Weech. “I believe my role is to support and continue to grow what is already a pre-eminent organization with the reach, resources and commitment to truly make a difference.”

Whether in the public or private sector, Weech has made service to others the cornerstone of his career.  “I believe that by working together we have the opportunity to lift people up, increase their opportunities and outcomes, and help them provide a better life for their children,” says Weech.  “I have been blessed to have a career in which I wake up every day with meaning in my life.”

Press release can also be viewed on the NeighborWorks America website.

The Federal Housing Finance Agency (FHFA), the federal regulator of Fannie Mae and Freddie Mac, announced that it would lift its suspension of mandatory funding to the Housing Trust Fund (HTF) and the Capital Magnet Fund (CMF). These two programs were created by Congress in 2008 to increase the supply of affordable housing in the U.S. As originally envisioned, both programs would receive funding through a modest assessment on Fannie’s and Freddie’s ongoing business. FHFA suspended those obligations in 2008 when Fannie and Freddie were put into government conservatorship.

This long-awaited announcement to capitalize the Housing Trust Fund is the most significant federal initiative for affordable housing production in many years. So what exactly does this mean? How will the program work? How much money will be available for housing? And who will these funds serve?

Enterprise Community Partners has provided an excellent synopsis of the specifics of the bill:     blog.enterprisecommunity.com/2014/12/freddie-funding-housing

Please click here for the article in its entirety.

Beginning on Jan. 1, 2015, the standard mileage rates for the use of a car, van, pickup or panel truck will be:

Taxpayers always have the option of claiming deductions based on the actual costs of using a vehicle rather than the standard mileage rates.

A taxpayer may not use the business standard mileage rate for a vehicle after claiming accelerated depreciation, including the Section 179 expense deduction, on that vehicle. Likewise, the standard rate is not available to fleet owners (more than four vehicles used simultaneously). Details on these and other special rules are in Revenue Procedure 2010-51, the instructions to Form 1040 and various online IRS publications including Publication 17, Your Federal Income Tax.

Besides the standard mileage rates, Notice 2014-79, posted on IRS.gov, also includes the basis reduction amounts for those choosing the business standard mileage rate, as well as the maximum standard automobile cost that may be used in computing an allowance under a fixed and variable rate plan.

It is encouraging to note that within the goals and strategies for ‘project ready’ infrastructure, there is a section on housing that begins with:

The report goes on to lay out some modest steps to support and preserve affordable and mixed-income housing. While no funding was identified in this section, it is in our interest to follow the work of the Steering Committee that has been charged with executing this four year implementation plan, and support any and all discussions of housing needs. We know that at the local level, some jurisdictions are having similar conversations about how to stimulate economic growth and development as we transition from our over-reliance on federal contracts.

I’ve provided a link to the full report below. I recommend taking a look as it’s brief, and contains good charts and useful data.

For nearly 12 years, The Alliance for Housing Solutions has worked in northern Virginia diligently providing public education and advocacy in support of housing affordability. Primarily working in Arlington, the nonprofit collaborates with a diverse spectrum of partners ranging from nonprofit developers, housing service providers to state legislators and Arlington County officials, and has decidedly raised the profile on the “need” for more affordable housing locally and regionally.

This lean organization sponsors yearly forums and events, presents to groups, has a presence at street fairs and provides testimony in support of on-the-ground site plans and local community development policy. Recently, the group merged its own coalition building expertise with its extensive knowledge of community development and launched HousingArlington, a coalition to further the affordability conversation in the County. Backed by a high level of participation from practitioners and advocates within the developer, shelter and tenant sectors, HousingArlington has provided the framework for FY2015 budget efforts, protected endangered programs and increased the County loan fund — despite a tax rate deduction. Only through strong collaboration has any of this been possible. In addition to regular partners, County Board members and staff actively participate in HousingArlington’s regularly scheduled meetings (first Monday of the month). This type of cohesion will be even more important as Arlington’s Affordable Housing Study begins its final phase and ultimate adoption in the first six months of 2015.

AHS is strongly aware that collaboration with other groups helps it to be “mighty,” and its work with HAND is no exception.  By providing information, networking, helping to finance interns, co-sponsoring and publicizing events or simply holding those needed education seminars, HAND has been a pivotal tool in helping AHS work towards the greater good.  The group utilizes its HAND membership about “1000%” while gladly paying the humble HAND association fee.

HAND is pleased to spotlight Alliance for Housing Solutions, which certainly contributes to our organization’s COLLABORATION, INNOVATION and TRANSFORMATION within the metropolitan area! 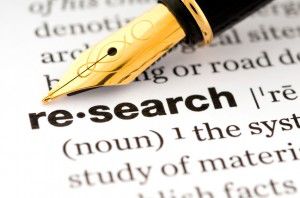 The George Mason University Center for Regional Analysis (CRA) announces the release of “Real Property Assessment Trends in the Washington Region, 2005-2014,” a working paper that traces patterns in residential, commercial, and multifamily property assessments over the past decade in the Washington area. This topic is of particular interest to city and county governments in the region, as many local governments are highly dependent on revenue from real property taxes. The national economic recession from 2008 to 2010 led to declines in the property assessments of every major jurisdiction in the region, and the assessments have yet to recover to pre-recession levels in many jurisdictions.

The paper finds that property assessments have increased since 2009 in the District of Columbia, Arlington and Alexandria, driven primarily by increased valuation from multifamily residential development. However many suburban areas have struggled to rebuild their commercial assessment bases in the past five years. This trend is placing additional burdens on residential property owners in these jurisdictions and making it more difficult for local governments to maintain their public facilities and services.