HAND is proud to partner with the largest sustainable building event in the US for a truly monumental week in Washington, D.C.! Join them this November for Greenbuild 2015 as they celebrate another year in one of the greenest cities in the country. Register today at www.greenbuildexpo.com. 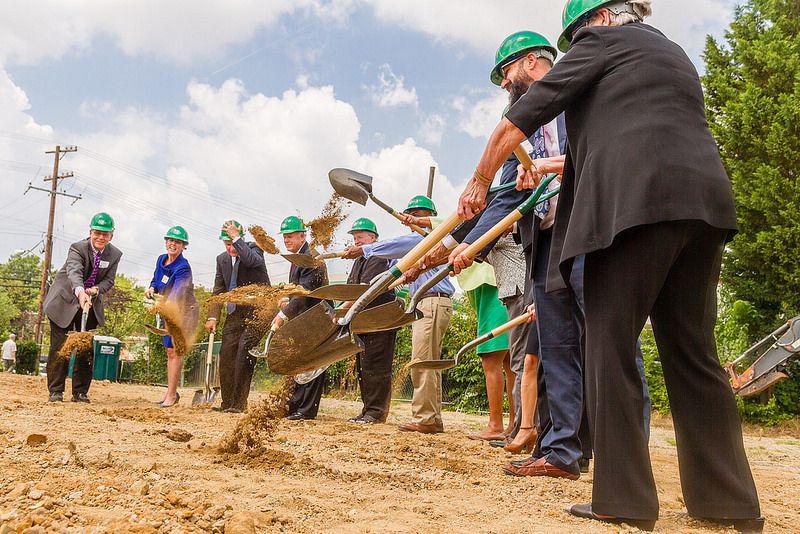 SOME and D.C. leaders break ground on The Conway Center, first building in city to combine housing, healthcare and job training in one location

So Others Might Eat (SOME) and leaders from the District’s government, business and charitable communities came together  at 4430 Benning Road, N.E., Washington, DC,  for a groundbreaking ceremony to celebrate the start of construction for a new building that will bring new hope to the city’s homeless and low income families and single adults. The mixed-use, LEED-certified building will be owned and operated by SOME and feature 202 units of affordable housing, an expanded SOME Center for Employment Training, and a Medical and Dental Health Center operated by Unity Health Care. The building, expected to open in 2017, is located directly across the street from the Benning Road Metro.

“This will be the first facility in the District of Columbia to offer homeless and low-income women, children and men safe affordable housing, job training and health care, all in one place.” said Fr. John Adams, SOME president. “It is a natural evolution of SOME’s holistic and comprehensive approach to serving homeless and low-income individuals and families.”

SOME has been working with local and national public and private partners and raising funds through its Building Hope Capital Campaign to create this first-of-its-kind project. The building is named in honor of Joanne Conway and SOME’s Building Hope campaign chair William E. Conway, Jr.

Since the Building Hope campaign officially launched 2 years ago, SOME has raised $16.7 million of the $20 million dollars needed to leverage approximately $70 million in approved public funding, tax credits, tax exempt bonds and low- interest loans. Over $3 million in capital funds are still needed.

Donations to Building Hope can be made at http://capitalcampaign.some.org/give/.

Once construction is completed, The Conway Center will:

There is a critical need for the services that will be provided at The Conway Center. Approximately half of D.C.’s affordable housing has disappeared over the past decade, nearly 30,000 D.C. residents are unemployed and almost half of primary and mental health care needs in the District are not being met.

“SOME is best suited to develop this project because they understand that both place and people matter,” said Oramenta Newsome, program vice president of Local Initiatives Support Corporation (LISC), a nonprofit dedicated to helping community residents transform distressed neighborhoods into healthy and sustainable communities of choice and opportunity. “SOME has a long interest of bringing quality housing and a myriad of resources that improve the quality of life of its clientele and add to the vibrancy of the neighborhood.”

“We hope this development will bring other businesses to the area,” said Linda Jo Smith, chair of SOME’s Board of Directors. “Benning Road is central to Ward 7, and the site will go from being vacant to having a beautiful building where people will be able to get medical care, have safe housing and get job training. SOME is really looking out for people in Ward 7 and the city as a whole.”

All proposals will be evaluated on scoring criteria developed by DHCD.  DHCD will select one proposal to submit to HUD for consideration as part of a national competition.  DHCD must submit its proposal to HUD by August 28, 2015.  HUD issued Notice PIH-2015-11 on June 26, 2015, which provides additional detail regarding this national competition.  There is no guaranty that DHCD’s proposal to HUD will be selected for an award.

Applications should be submitted to the DHCD mailroom located at:

The DHCD application can be downloaded at the following website:

The first addendum to Fairfax County’s Affordable Housing Capital/Project Based Vouchers Requests for Proposals is now available. Click here to view Addendum Number 1, which contains answers to questions received during the July 10 pre-proposal conference and subsequent questions received through July 23.

The available funding is provided to further the goals of the FY 2016 Housing Blueprint, consistent with the strategies outlined in Fairfax County’s Strategic Plan for Economic Success. For more information on how to apply, please click here. 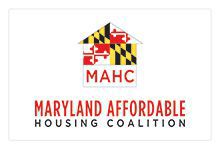 Join the MAHC Construction Committee for the August Brown Bag Lunch Discussion on Wednesday, August 5, 2015 from 12:00 – 1:30 PM at Humphrey Management, 10220 Old Columbia Rd., Suite M, Columbia, MD, 21046. They will be talking about the various energy codes and what’s working in the field.  Join them for a presentation by Pando Alliance followed by a panel discussion with our contractors on how they are dealing with the ever changing energy codes with an emphasis on air sealing, ventilation, and insulation practices.  Panelists include:

Lunch will be provided at this month’s session, so just bring your questions and join them for a great discussion. Register today! 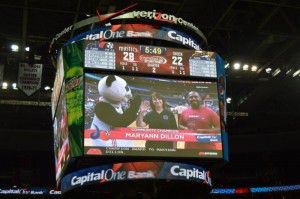 Thanks to Capital One Bank, the Washington Mystics selected HIP Executive Director Maryann Dillon as their Community Champion during their June 19 game against the Tulsa Shock in recognition of her long career creating housing opportunities for low income families.

Alas, while the Mystics were leading after the second quarter, they lost the game.  But that didn’t dampen the fun of the evening.  It was a great recognition for Maryann and for HIP!

HIP is a innovative, green nonprofit housing developer and counseling agency based in Prince George’s County dedicated to revitalizing neighborhoods.  HIP creates housing and economic security for low- and moderate-income households and provides services that improve the quality of life in the communities they serve. 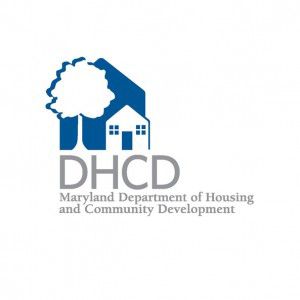 2015 Competition for LIHTCs and RHFs
Applications for the 2015 Competitive Funding Round are due by Tuesday, September 8, 2015 at 5:00 PM. Applications must be delivered to the mailroom on the ground floor of 7800 Harkins Road, Lanham, Maryland 20706. The 2015 Competitive Funding Round will be governed by the July 8, 2014 Qualified Allocation Plan and the May 15, 2015 Multifamily Rental Financing Guide (the “Guide”) both of which are currently available on the DHCD website.

Applications for Financing
An updated Application Submission Kit is posted to the DHCD website dated June 1, 2015.

Per Section 5.4.3 of the Guide, Construction or Rehabilitation Costs, the applicable Maximum Construction Costs per Square Foot have changed since the Fall 2014 round and can be found on Multifamily Housing Notice 15.06.

The Tax Credit raise-up to be used in scoring the Leveraging Category (Section 5.4.1) will be .94 cents. DHCD will not set the Raise-Up Rate for applications and will rely on applicants to submit a reasonable and financially feasible rate supported by a letter of intent from a tax credit investor or syndicator.

BB&T in partnership Virginia Housing Development Authority is bringing the National Development Council (NDC) to Richmond, Virginia to offer their Housing Development Finance Professional (HDFP) Certification Program. The four-course training program explores the development process, financial analysis techniques and structuring and negotiating skills needed to successfully develop and finance affordable home ownership and rental housing development. The Virginia Housing Development Authority is offering scholarships to support individuals completing the four-course HDFP certification.  Scholarships will be limited two staff members per organization. Organizations must nominate each staff member for the scholarship. Scholarship awards are designated to cover 100% of the full certification tuition expenses. Individuals must complete the downloadable application and return to Debbie.griner@vhda.com no later than 5:00pm, Friday, July 31, 2015. Recipients of the scholarship will be notified by mid-August.

The District of Columbia Department of Housing and Community Development (DHCD) is requesting proposals for projects that create new units (new construction or substantial rehabilitation of vacant buildings) reserved for households earning no more than 30% of the Area Median Income (AMI) or no more than 50% of the AMI, or projects that preserve occupied affordable housing with units for households no more than 80% of AMI. For new construction and vacant rehabilitation projects, DHCD will require that at least 5% of funded units be reserved as Permanent Supportive Housing (PSH) for individuals and families who were once homeless and continue to be at imminent risk of homelessness.

The Ready to Respond: Disaster Staffing Toolkit guides affordable multifamily housing organizations in developing comprehensive disaster plans. The Toolkit is based on the Incident Command System (ICS), a planning framework used by Federal, state and local first-responder agencies to help structure command, control and coordination of disaster response. By modeling their plans on this standard, housing organizations draw on best practices and align their protocols and response timelines with key public agencies, while sharing a common language to describe preparedness efforts.

In utilizing the Toolkit, organizations will achieve the following goals

This Live Online Event is highly recommended for affordable housing owners and operators, housing directors, asset managers and those interested in disaster preparedness planning. Viewers will learn the overall structure of the Toolkit, the importance of the Emergency Preparedness Coordinator (EPC), and how to understand the Disaster Response Roles and the tools to help them succeed.