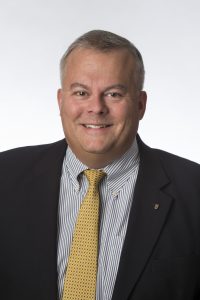 HAND member United Bank has promoted its own Joseph LeMense to Managing Director of its Community Development & Non-Profit Banking Group. In his capacity, LeMense will lead the Bank’s non-profit business development and lending initiatives throughout the District, Maryland and Virginia. His primary focus will be on providing personalized financial solutions to mission-based organizations involved in community development, affordable housing, education, social services and trade associations.

“Joe’s knowledge of the Greater Washington non-profit community and his understanding of their unique banking needs make him a great asset, not only to United Bank’s non-profit group, but to our clients,” said Ross Draber, chief operating officer of United Bank. “His vision and dedication will be invaluable as United Bank continues serving local academic, religious, social and affordable housing organizations.”

“We have a responsibility as a community bank to give back to the areas in which we operate, and I look forward to leveraging this opportunity to provide local non-profits with the banking solutions and expertise that will help them achieve long-term success,” said LeMense. “Community reinvestment is not a compliance issue for us; it’s the right thing to do and an area to which we are very committed.” Congratulations Joseph!
0 Comments/in HAND News, Member Events & Success Stories /by H.A.N.D.

Fairfax County is requesting public comment on a proposed amendment to the Fairfax County Consolidated Plan One-Year Action Plan for Fiscal Year (FY) 2017 to incorporate revised funding and activities of the Fairfax County Redevelopment and Housing Authority (FCRHA) North Hill Project, according to its website.  The comment period will run from Thursday, December 15, 2016 through Friday, January 13, 2017.

North Hill consists of approximately 35 unimproved acres off of Richmond Highway in the Mount Vernon District of Fairfax County. Through the Public Private Education Facilities and Infrastructure Act of 2002 (PPEA), the Fairfax County Redevelopment and Housing Authority (FCRHA) and its partners will transform North Hill into a mixed income affordable and market rate housing community comprised of multifamily rental apartments and for-sale townhouses.

Outlook for Meeting Housing Needs in the National Capital Area in 2017: Action Items for Local Jurisdictions 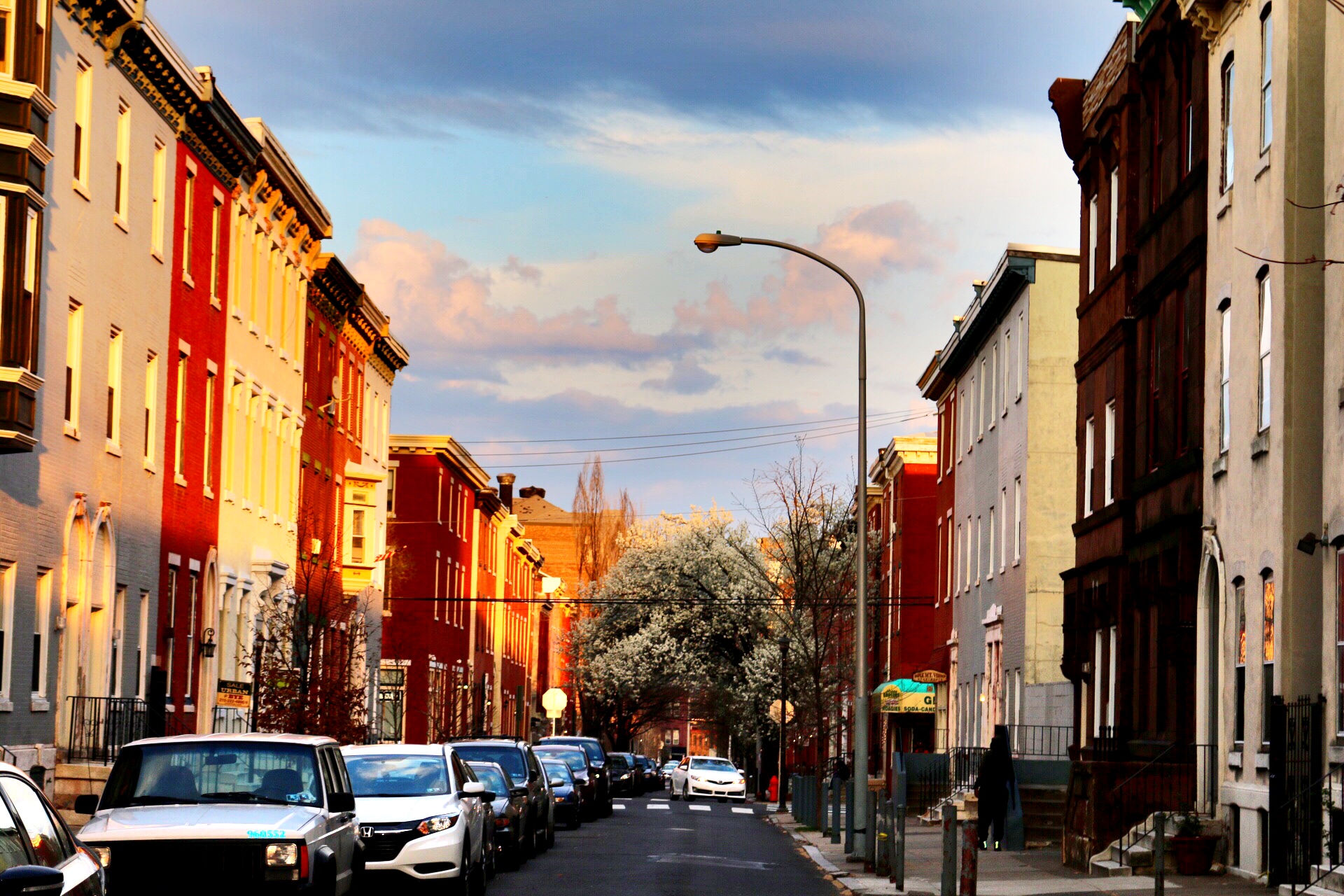 Nearly 400,000 renter households in the Washington DC region—about half of all renters—are cost burdened, spending 30 percent or more of their income on housing costs. For many individuals and families paying high housing costs can mean there is too little for other essentials, such as food and health care. In the Washington DC area, more than 12,000 homeless individuals were identified in this year’s point-in-time homelessness count, though we know the number of people without stable housing is much higher. Despite the efforts of countless housing advocates, non-profits, and local governments, the housing affordability challenges in the DC region continue to grow. What can local jurisdictions do to stem the rising affordability challenges? 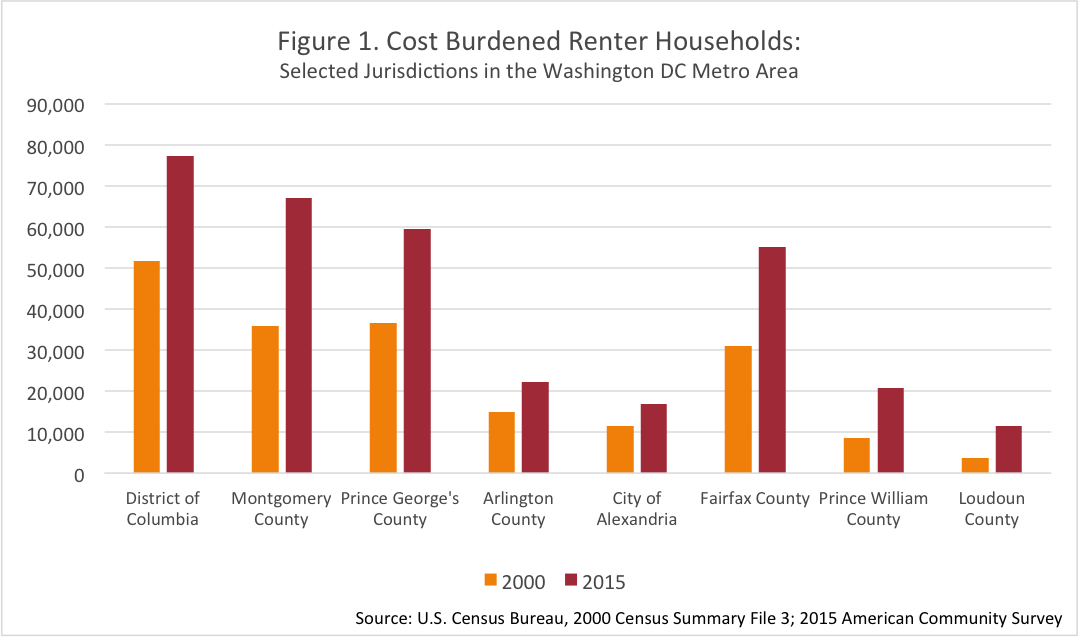 These increases are not because local jurisdictions have ignored the problem. Just in the last few years, DC has dedicated $100 million to its Housing Production Trust Fund. Montgomery County has increased efforts to use public land for affordable housing. The City of Alexandria continues to look for opportunities to partner with developers to expand mixed-income housing. Fairfax County has made housing affordability a key component of its Strategic Plan to Facilitate Economic Success. Arlington County is working to adopt at Notice of Funding Availability (NOFA) process to more efficiently and effectively allocate local housing resources.

But, as the cost burden numbers show, it hasn’t been enough. And things probably are not going to get easer in 2017. Even without specific affordable housing proposals, the new Presidential administration could weaken key Federal programs that local jurisdictions have come to count on for the production and preservation of housing affordable to lower-income individuals and families.

Tax reform. No specific proposals have been discussed by the incoming Trump administration related to the Low-Income Housing Tax Credit (LIHTC) program. It seems very unlikely that the credit itself will be eliminated since there is generally broad bipartisan support for the program. However, there has been a lot of talk about the likelihood of tax reform under the new Trump administration. Some affordable housing finance experts have suggested that there could be “substantial” indirect effects of proposed tax reforms on the LIHTC, making the tax credit less valuable to investors. Reduced capacity of the LIHTC could mean a growing need for local resources to fill financing gaps and to make projects feasible.

Cuts in Nondefense Spending. President-elect Trump has indicated that he intends to cut nondefense spending, at one time saying he wanted cuts of one percent every year. This would mean cuts to key HUD programs that serve some of the lowest-income and most vulnerable individuals and families in our communities—programs like the Housing Choice Voucher Program and CDBG and HOME. Historically a target of cuts, these programs could be at significant risk under a President who has indicated little interest in supporting HUD programs. Even now, federal housing programs currently serve only about a quarter of eligible households. Reductions in federal funding would means that local jurisdictions will lose critical resources to support a wide range of housing and community development programs and the losses would disproportionately impact the lowest-income and potentially the most vulnerable households.

Rising housing challenges and declining federal resources are not new phenomena; local jurisdictions have been taking on increasingly active roles in housing policies and funding for decades. However, in 2017, the role for local action on housing will be even more critical in our region. What can local jurisdictions to do differently to move the needle?

Make the case. Throughout our communities we need to continue to make the case for why housing is important. And there is not just one argument. Whether it’s because increasing housing supply is good for the local economy. Or that education and health outcomes are better for families with access to safe and affordable housing. Or that poor children who live in higher-opportunity neighborhoods go on to make more money—any pay more taxes—than those left behind.

Document the need. At the local level, it is important not only to quantify housing needs in the community, but also to relate those numbers to actual people. Combining hard data with descriptions of hypothetical—or real—individuals and families is important for demonstrating the need.

Explain how housing finance works. Make sure that the community understands why government is necessary when it comes to building housing affordable to lower-income households. Tools like the Urban Institute’s affordable housing simulator can help show in black and white that gap that often needs to be filled by public resources.

Communication can be hard but other important steps are even harder:

Prioritize housing. Public resources are limited and local jurisdictions have competing demands on those resources. In general, however, local communities have not been explicit about prioritizing housing, and then about prioritizing particular goals within housing programs and policies. Prioritization—linked to specified and dedicated funding sources—seems especially important to having an impact.

Innovate on the funding side. To meet housing needs when federal resources are on the decline, it is going to be necessary to identify new sources of funding. Local jurisdictions need to commit to looking for innovative funding sources and partners.