This summer, the Department of Housing and Urban Development (HUD) published the final Affirmatively Furthering Fair Housing (AFFH) rule that lays out a new process (replacing the analysis of impediments) and provides a new assessment tool so that localities and states can better identify potential fair housing issues and develop solutions. Under the new rule, cities, counties and other entities that receive HUD funding will be required to use local data—including both data provided by HUD and locally-generated data—to assess areas of concentrated poverty, identify disparities in access to opportunity and evaluate unmet housing needs among certain defined subpopulations, including racial and ethnic minorities and persons with disabilities. As a result of this analysis, jurisdictions are required to identify the local (and potentially regional) factors that have contributed to the patterns of housing disparities and develop approaches for breaking down these disparities.

The release of the final AFFH rule comes on the heels of the Supreme Court decision earlier this year  affirming a lower courts’ decision that local data on race and income can be used to show that housing and land use policies have had discriminatory effects – even if the policies were not intentionally discriminatory.  The so-called “disparate impact” decision brings increased attention to local zoning regulations that may have led to segregation by race and income.  Thus, the new AFFH rule will likely have implications for local land use and zoning decisions.  While HUD continues to believe that land use and zoning regulations are local issues, the new AFFH rule emphasizes that local land use and zoning practices that violate fair housing or other civil rights laws are a Federal concern. The new rule may also affect the ways in which tax credits are allocated.  While the distribution of low-income housing tax credits (LIHTC) are generally managed through a state qualified action plan (QAP) process, the AFFH rule brings increased Federal attention to the ways in which the QAP process promotes fair housing.

The AFFH rulemaking process has been on-going for several years. Many organizations—including the National Housing Conference and Enterprise Community Partners—have submitted comments about the rule and the associated fair housing assessment tool. As a result of numerous comments, HUD made several changes to the rule issued this summer.

Despite the improvements, there are still significant concerns about the implementation of the AFFH rule. Of particular concern is the amount of time, resources and expertise that will be required by local officials to complete the process.  HUD has estimated that it will take a local jurisdiction 240 hours to complete its assessment of fair housing, but that is likely an underestimate of the time needed to develop meaningful strategies for meeting fair housing goals.

In addition, the new process requires more specialized knowledge and research expertise to prepare the submission. Many jurisdictions in the Washington, D.C. region have highly skilled planning and housing staff; however, smaller jurisdictions and agencies that have faced cuts recently may be especially burdened. Local jurisdictions that are already short staffed will either have to divert time and resources to the new process or will have to hire outside consultants to help with the submission. 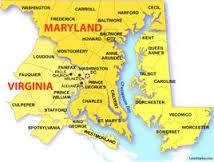 Key to the new fair housing assessment tool are the local data and maps that HUD is making available to all local jurisdictions. The tool includes maps and data tables of race/ethnicity, national origin and limited English proficiency, disability type, age, sex, and families with children.  HUD has also stated that local jurisdictions will be encouraged to make use of locally-generated data to supplement or even replace the HUD-provided data.  There are concerns about the data piece of the assessment tool. Some of the most relevant data are very limited, including data on the LIHTC program and housing for persons with disabilities. The data are based on estimates from the most recent five-year American Community Survey file, which could provide an outdated look at the demographics of a fast-growing jurisdiction. Furthermore, the final rule has been unclear about the types of local data that will be required. While the data provided by HUD are helpful, there is a lot more information needed to understand how to use the HUD-provided data and what locally-generated data will be required for the new fair housing assessment process.

Finally, the new rule allows local jurisdictions to prepare a joint or regional fair housing assessment, which could lead to greater cooperation and a better approach to meeting housing needs.  However, the new rule offers no specific incentives to take a regional approach to the assessment. If individual jurisdictions in the Washington, D.C. region produce individual fair housing assessments under the new AFFH rule, the region misses out on an important opportunity to strengthen regional cooperation on housing issues. 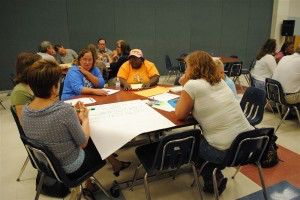