Affordability in the Washington DC Region: The Growing Burden of Housing Plus Transportation Costs 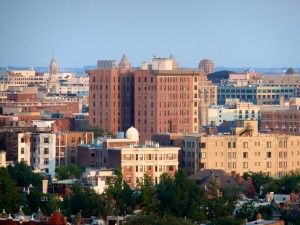 The Washington DC region’s high housing costs have been well-documented.  But it can be particularly difficult to find affordable housing close to transit and transportation options or near growing employment centers.  Many individuals and families feel compelled to look further out to find housing they can afford. While there is some evidence of a rethinking of the “drive ‘til you qualify” philosophy, many households in the Washington region don’t see another option when facing high housing cost in the region’s most accessible neighborhoods.  But while it’s possible to find lower cost housing in some of the region’s suburban neighborhoods, households often face substantially higher transportation costs which can lead to an overall higher housing plus transportation cost burden.

Many low- and moderate-income households across the region—and throughout the country—face significant challenges in affording the combined costs of housing plus transportation. Transportation costs are the second largest share of an average household’s budget, after housing.  However, unlike housing expenses, which are paid on a monthly basis in the form of rent or mortgage, transportation costs are spread out over time, which makes it more difficult to track them or to account for them in decisions about where to live. As a result, many households do not take into account transportation costs when searching for lower-priced housing they can afford. Fully accounting for taking transportation costs is important for assessing the region’s affordability challenges and working towards solutions. A recent report by the Texas A&M Transportation Institute found the Washington DC had the worst traffic congestion among all major U.S. metro areas.

The average commuter spent 67 hours per year in a traffic delay, six hours more than Los Angeles and San Francisco, which tied for the second worst traffic congestion.  And with new housing construction picking up in the more distant suburbs with little transit access, the region’s commuters may be faced with even longer drives to work in the years to come.  If—or when—gas prices rise in the future, the total cost of commuting could become a growing share of households’ budgets, and will disproportionately affect low- and moderate-income working households.

Location Affordability – The Combination of Housing and Transportation Costs

Across the Washington area, neighborhoods that seem more affordable because of lower home prices and rents can actually have higher combined housing plus transportation costs compared to closer-in locations with higher housing costs. For example, a neighborhood like Foggy Bottom in DC, where rents are high, provides a benefit of lower transportation costs to households because of its central location and transit access.

A moderate-income 3-person family that rents and has an income of $71,861 spends a total of 46 percent of its income on housing plus transportation costs, on average, in the Foggy Bottom neighborhood.  Housing alone accounts for 38 percent of the household’s income—a share higher than the standard affordability threshold.  However, according to the LAI the average renting household in Foggy Bottom spends just eight percent of its income on transportation costs. 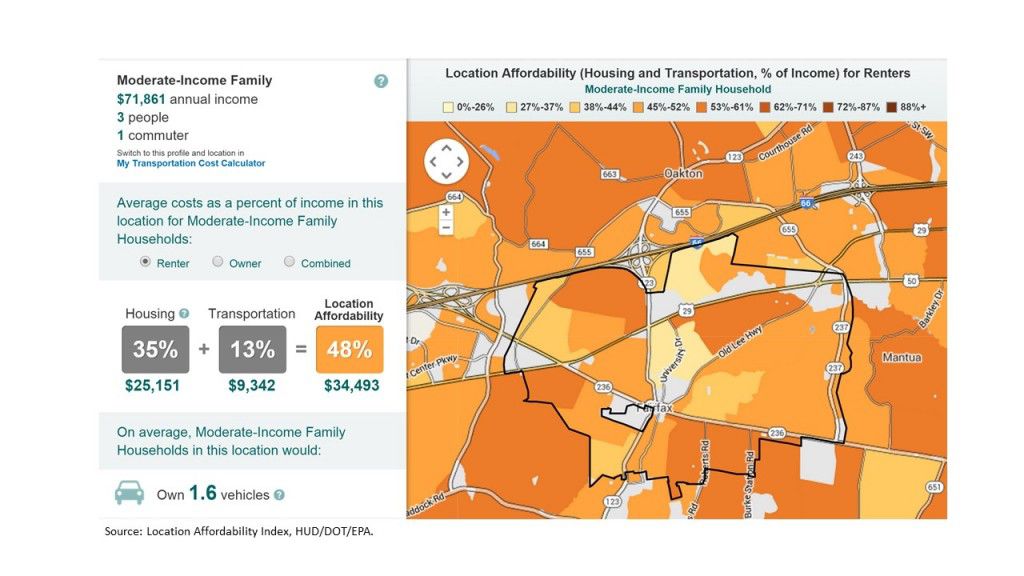 However, increasing the availability of housing where households can reduce their combined housing plus transportationcosts can be a tremendous benefit to lower-income households in the region. Affordable housing close to transit is particularly important since lower-income workers are more likely than higher-income workers to commute by transit. Research has found that many jobs are out of reach of these workers because they are not accessible by transit.

Housing, transportation and workforce development policies should be coordinated to expand and preserve affordable options for low- and moderate-income workers and their families. Many jurisdictions across the region already have policies in place that encourage the development of housing in transit- and job-accessible locations. But a more coordinated effort across the region would improve the supply of housing and help stem the rise in the combined costs of housing and transportation:

Next month: A Mid-Year Review of the Washington DC Area Housing Market