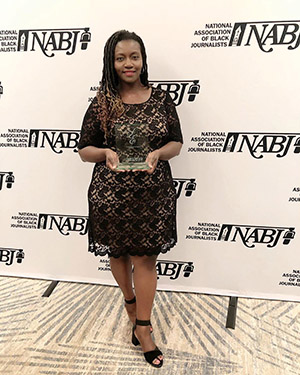 Woodmont Crossing, a 176-unit preservation project in Ward 8, was DCHFA’s first risk share deal after the agency because a HUD Risk Share Lender in 2017. McCutchen’s press outreach helped spread the word that DCHFA offers this loan product to affordable housing developers and showcased the only deal of its kind in the agency’s portfolio. Articles about the project appeared in The Washington Post, The Washington Informer, Multi Housing News, Commercial Real Estate Direct, MultifamilyBiz, and Real Estate Business Online.

DCHFA is  a long term  member of HAND and the agency’s  Senior Vice President of Multifamily Lending & Neighborhood Investments Christopher Donald is a member of HAND’s Board of Directors.   As one of the District’s leading financiers of affordable housing and only risk share lender, DCHFA’s mission is to advance the District of Columbia’s housing priorities by investing in affordable housing and neighborhood development, which provides pathways for D.C. residents to transform their lives. The agency accomplishes its mission by delivering the most efficient and effective sources of capital available in the market to finance rental housing and to create homeownership opportunities.