HAND Members, DC Office of the Deputy Mayor for Planning and Economic Development Featured in BisNow 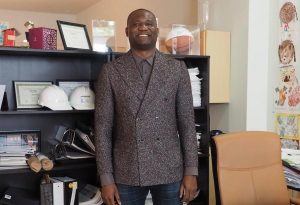 Recently BisNow featured HAND Member, Dantes Partners, in an article titled, “How a Nigerian Immigrant Became One of DC’s Most Active Affordable Housing Developers.” Founded by Buwa Binitie, the development firm has five projects in the pipeline, which will bring a total of 783 affordable units to the region’s housing market.

Binitie was born in Nigeria, and attended New York University, after which he pursued an IT startup. When the company didn’t grow as planned, he switched paths to real estate, and started Dantes Partners in 2005. Since then, he has gone from redeveloping one and two unit homes to the 462 – unit Bruce Monroe/Park Morton project he is working on now with The Community Builders, also a member of HAND.

The Office of the Deputy Mayor for Planning and Economic Development‘s communications director, Joaquin McPeek, was also quoted in the piece: “We are always encouraged to see local CBE’s and minority-owned businesses succeed in the District.” He continued, “It is equally satisfying when projects place an emphasis on affordable housing and addressing community needs—two priorities of this administration when it comes to DC development.” You can read the entire article here.