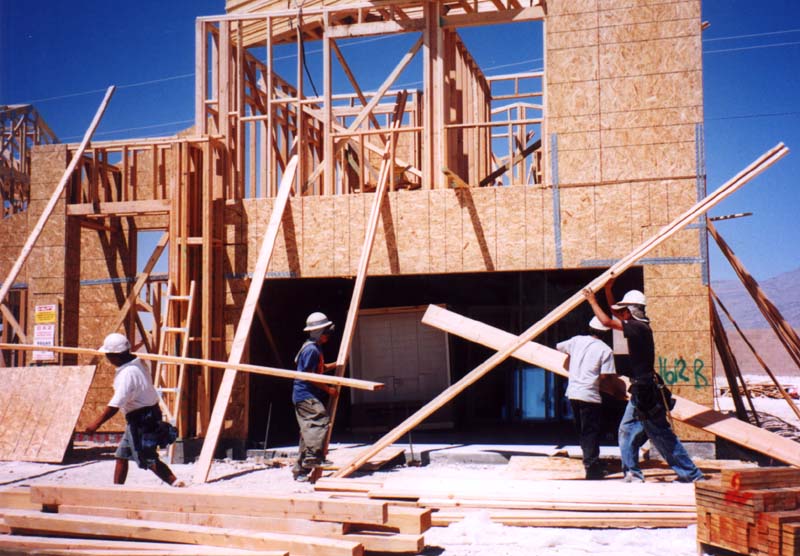 In the aftermath of the recession and housing market downturn, residential construction activity has been increasingly fairly steadily. However, the pace of new housing construction remains below long-term levels and the types and prices/rents of new housing being produced does not sufficiently meet demand. As demand for home ownership increases, the population of younger renters grows more slowly, and the number of lower-wage workers expands in the region, there is a great need for lower-priced home ownership opportunities and apartments and other rental homes with lower rents.

Some key findings from the residential permit data released from the U.S. Census Bureau: 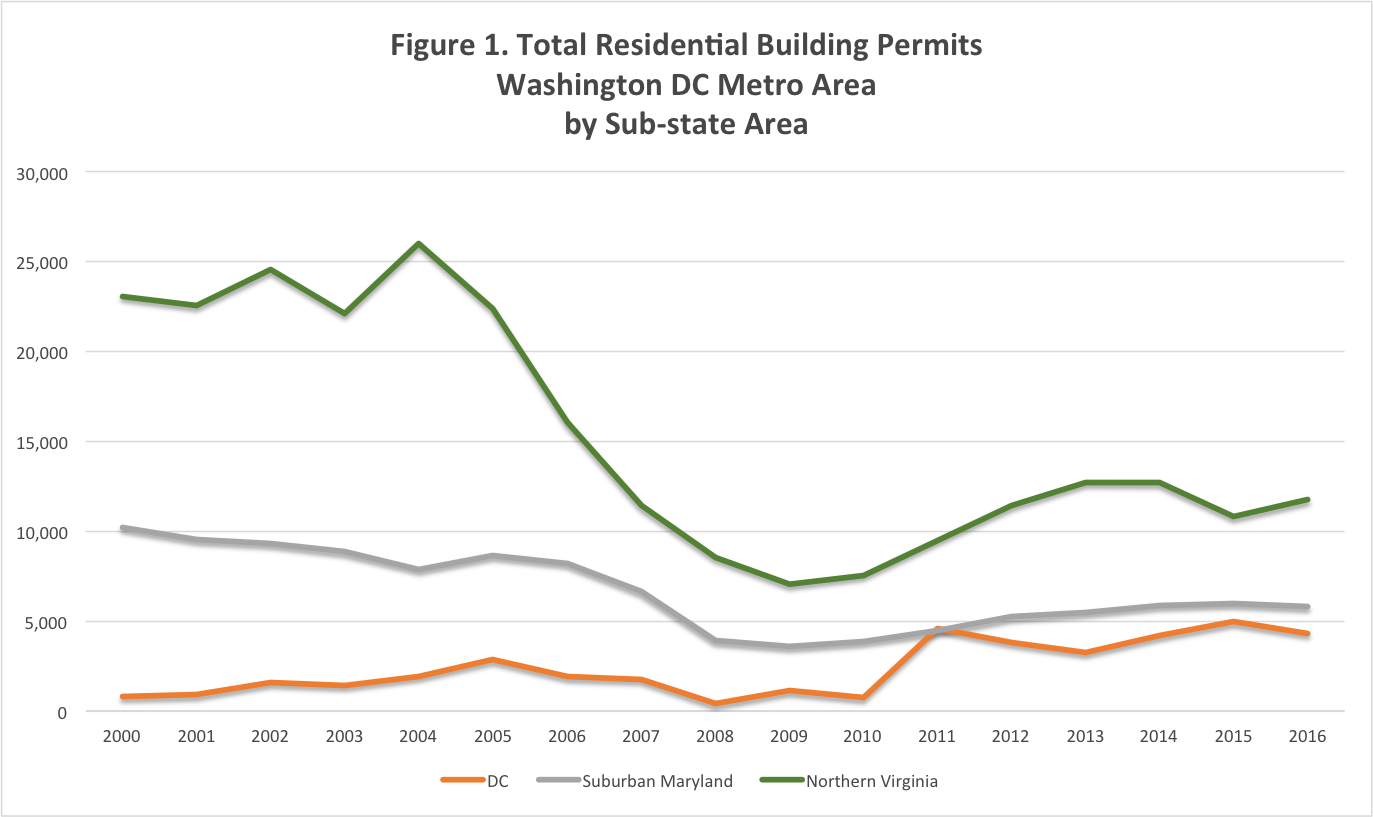 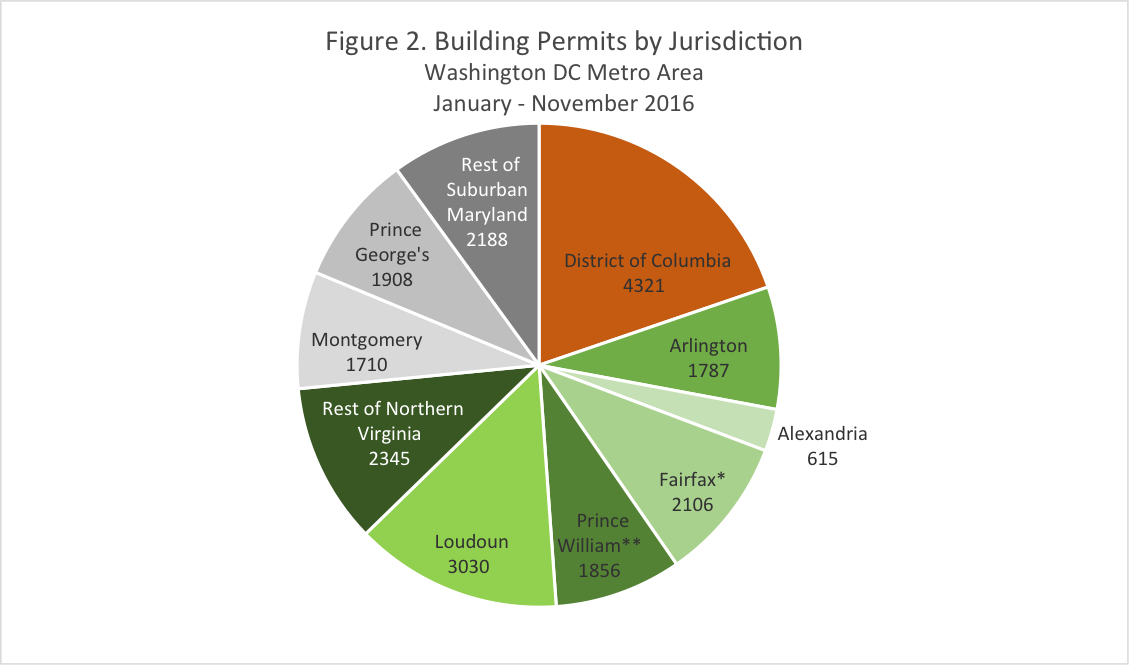 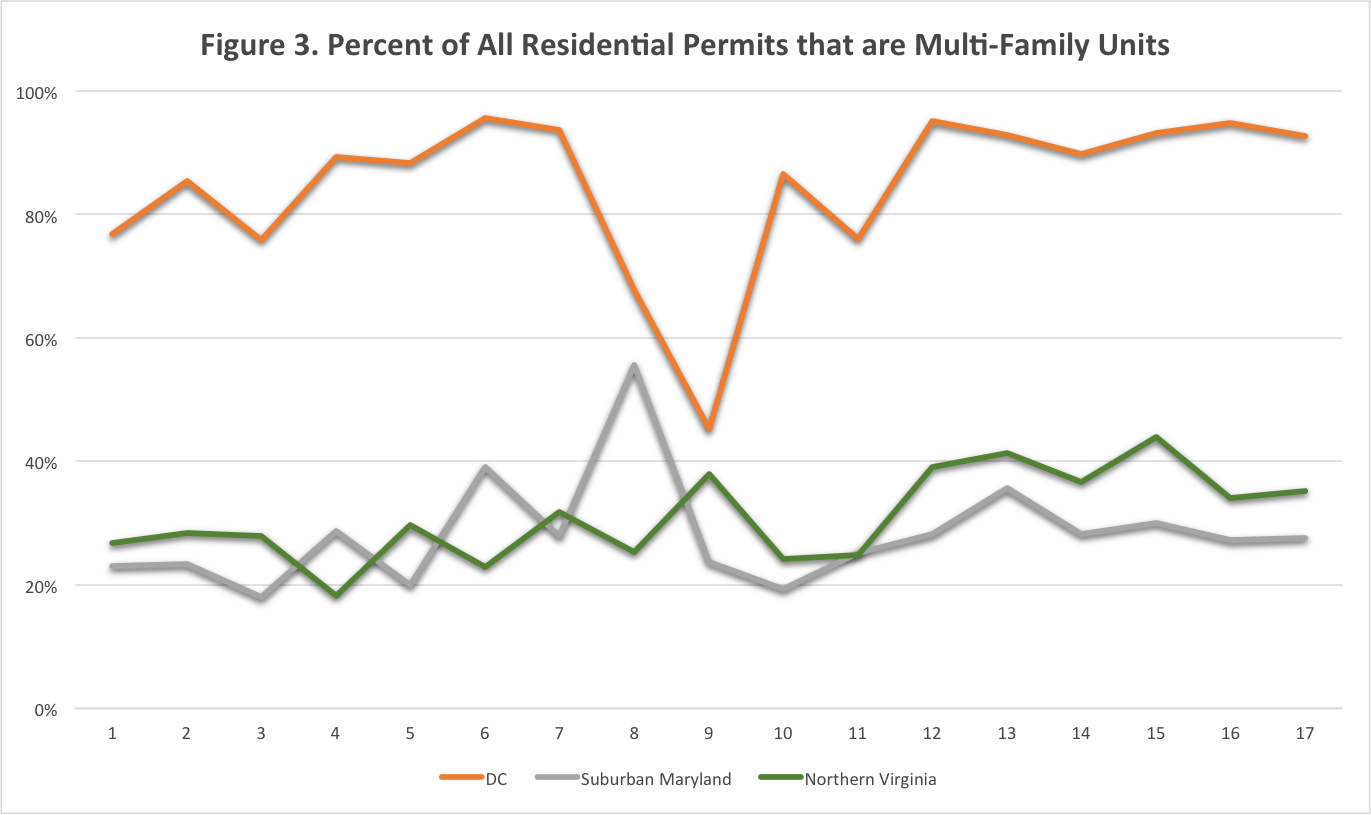 Home prices and rents in the Washington DC region continue to climb. Recent data from MRIS have shown that home prices in the metropolitan area have now matched the record high set during the housing market boom. The median sales price in December 2016 was $410,100, slightly higher than the previous record high price of $408,000 in 2014. As typical, there is wide variation in home prices throughout the region that reflects location as well as home types. For example, in the District of Columbia, the median sales price was $550,000. In Fairfax County the median home price was $470,000 and in Prince George’s County was $265,000.

Rents have also been on the rise, and new multi-family construction has skewed substantially towards luxury, higher-rent apartments. Even as concessions at new apartment buildings have increased, rents in buildings, particularly in DC and in the closer-in suburbs, are often only affordable to very high-income renters. According the 2015 American Community Survey data, the median rent in DC was $1,417 in 2015; however, the median rent for units built in 2014 and 2015 was $2,334. A household would need an income of more than $93,000 in order to afford the median rent in a new apartment building in the city.

Homelessness remains an intractable problem in the District of Columbia. Even as new residential construction increases, there remains insufficient housing affordable to all residents in the region. A recent survey by the U.S. Conference of Mayors found that Washington DC has the highest rate of homelessness among the nation’s 32 largest cities. The ability for the region to expand the housing supply will depend not only on land use and zoning changes that encourage more housing, but also policies that promote the development of housing for our region’s most vulnerable residents.