The Year Ahead: A Summary of the Housing Market in the Washington DC Region

As we begin 2015, what are some of important indicators of the health of the local housing market and the need for affordable housing?  Several key economic and demographic trends suggest slower growth in housing sales and price growth, continued rising demand for rental housing, and rising affordability challenges for many.

Job Growth in the Washington DC Region Has Slowed

After fast growth in 2010 and 2011, the pace of job growth in the Washington DC region has slowed considerably (see figure 1) in recent months. 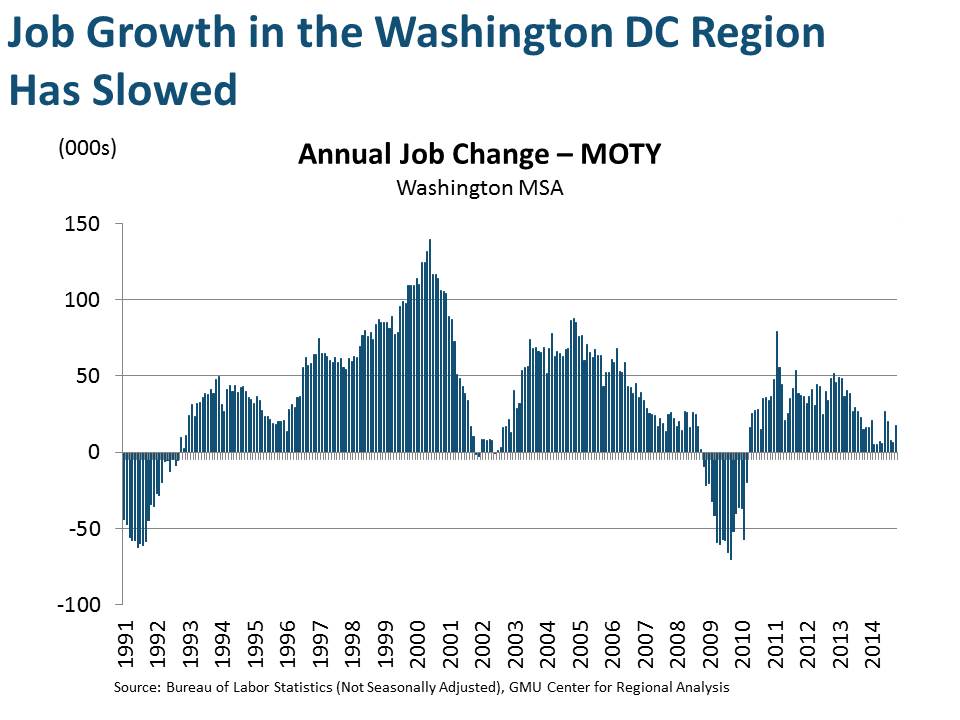 Over the past 18 months, annual average job growth in the region has totaled about 17,000 jobs; in 2011 and 2012, the region added over 41,000 jobs on an annual basis. The slowdown in job growth has been driven by losses in the Federal government (see figure 2) and professional and business services (see figure 3) sector, the region’s two largest and among the highest-wage sectors.

Job growth has been stronger in lower-wage sectors, (see figure 4) including the leisure and hospitality and construction sectors. The region’s employment growth will be tied increasingly to growth in sectors that have traditionally included lower-wage workers.

Home Prices are Still Increasing Across the Region, Although Both Home Sales and Price Growth Have Slowed

In November 2014, the average sale price in the Washington DC region was up just 1.4 percent (see figure 5) compared to November 2013. Prices were flat in the District of Columbia, down three percent in Suburban Maryland and up four percent in Northern Virginia.

This slowdown in price growth follows double digit price appreciation in many parts of the region in late 2012 and early 2013. At the same time price growth has moderated, sales activity has slowed and inventories are rising. These trends point to a cooling for-sale market in 2015.

While the median household income in the Washington DC region is high relative to most places across the country, there are thousands of individuals and families with modest incomes and stagnant wages.

Low- and moderate-income households often struggle to find affordable housing in the region. Twenty percent of working households (see figure 8) —or nearly 190,000 households that earn up to 120 percent of the area median income—spend more than half of their income each month on housing.

In DC and Montgomery County (see figure 9) , more than a quarter of all renters—including many higher-income renters—are severely cost burdened.

And in our region, the typical elementary school teacher, police officer, or nurse (LPN) cannot afford to buy the typical home (see figure 10).

Many others cannot afford the typical rent for a one-bedroom apartment (see figure 11) . When households spend a disproportionate share of their income on housing, it leaves less for other necessities, such as food, child care, transportation and health care. It also leaves less for non-discretionary spending—the type of spending that can contribute to local economies.

Wages have continued to grow very slowly during the recovery which means that affordability could be a growing challenge in the region in 2015.

As a result of the changing structure of the Washington DC area economy, along with the aging of the Baby Boom population (see figure 12), the increasing racial and ethnic diversity—particularly in our suburbs (see figure 13), and the projected household growth among Millennials, there will be a growing need throughout the region for smaller homes, more multi-family housing, and more rental housing options.

Different parts of the population will be competing for the same types of more affordable housing in accessible locations, which will continue to drive up costs if supply does not keep up with demand.

Affordable housing needs will vary around the region and even with jurisdictions.  And while it is important that local counties and cities develop housing strategies that are responsive to their local needs, it is just as important that jurisdictions throughout the region work together to ensure there is a sufficient supply of housing to meet the needs of a changing population.

The Washington DC region’s economy and housing markets will continue to be in a period of transition.  Despite slower job growth and declining prices, housing affordability will remain a key challenge, largely as a result of slow-growing wages and economic restructuring. Access to homeownership will theoretically be opened up as a result of a change to FHFA’s downpayment policy which allow for mortgages with as little as a three percent downpayment.

However, potential homebuyers still face steep prices in many parts of the region.  For example, less than 16 percent of percent of homes sold in November 2014 (including single-family, townhouses and condominiums) were priced below $200,000 which is a price that could be affordable to a household earning about $50,000. On the rental side, supply to the higher end of the market has been robust in many neighborhoods, but there remains a significant shortage of housing that is affordable to households with low incomes. It will be important to continue to seek ways to expand supply to meeting needs for more affordable housing.

Want to know what HAND members have to say about this post? Watch!

Next Month: New Construction: Where, What Types and For Whom? 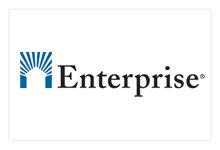