If you’ve been following along with our Regional Activations, you’ll know that the last quarter of 2019 was pretty eventful! Read more on our blog!

HAND is pleased to join fellow DC Housing Priorities Coalition members in celebrating critical amendments made to the Comprehensive Plan released by DC Council Chairman Phil Mendelson. This transformative update incorporates three of the coalition’s priorities: ensuring the creation of affordable housing, preventing displacement, and addressing racial equity. The bill will get its final votes by the full council on October 8, 2019. Thank you, HAND members and partners, for your swift action to support these efforts by signing our letter of support (below). We are encouraged by this new development and look forward to working with the DC Council on additional components of the Comprehensive Plan to make steps toward equitable outcomes for DC and the region.

How We Got Here

HAND is a proud member of the DC Housing Priorities Coalition. Formed three years ago to help update the DC Comprehensive Plan, the coalition’s guiding principles include but are not limited to: meeting the housing demand, prioritizing affordable housing as a community benefit and equitably distributing housing. This work directly aligned with HAND’s goal of leveraging its membership to influence affordable housing programs and policy in the region. Keep reading to learn more about this regional activation and how you helped to move the needle. Check out this fact sheet for more details on the coalition and its members.

HAND Members & Partners — THANK YOU for your quick action and willingness to sign your individual and/or organization’s names to the letter encouraging the Council’s adoption of two amendments that will ensure affordable housing and the prevention of displacement is a priority in the Comprehensive Plan. This is a prime example of the power we hold in our hands when mobilizing under a collective mission.

The Council’s vote on the framework of the Comprehensive Plan has been rescheduled to October 8 and we are still asking our members and partners to sign on to this very important letter – if you haven’t added your voice yet, there is still time! We’re asking members to confirm their support by 5 PM on October 4th.

Updating the language in the existing Comprehensive Plan to support new housing and prevent displacement is critical if we are to create a city that provides enough housing for an inclusive District of Columbia. The 2006 Comprehensive Plan focused too much on preserving the status quo rather than planning for a growing population and the need for more housing that is affordable to middle and lower-income residents. Opponents of new housing have used the 2006 Comprehensive Plan to delay thousands of new homes, and hundreds of new affordable homes — increasing rather than reducing displacement of long-time residents.

That’s why we have partnered with other organizations to craft and submit numerous amendments to the Comprehensive Plan. 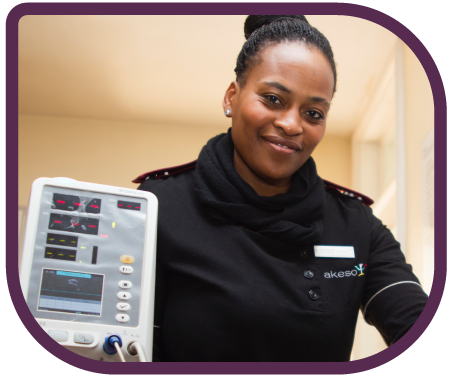 On July 10, 2019, the DC Council took a preliminary vote on the Comprehensive Plan bill proposed by Chairman Phil Mendelson. The final votes are scheduled for September 17.

While the Chairman adopted a significant number of our amendments, and the Office of Planning’s amendments, the Chairman’s revised bill still needs to better address our city’s greatest needs.

We are joining with our allies in the Housing Priorities Coalition and asking the DC Council to adopt two amendments to the Comprehensive Plan Bill, B23-1:

Amendment 1: Proposed by Councilmember Nadeau, add to the end of 224.9 that the following should be considered as high-priority public benefits in the evaluation of residential Planned Unit Developments:

Amendment 2: To section 227.2, remove this section entirely or replace it with the following amendment proposed by DC Office of Planning:

227.2.  Each land use category identifies representative zoning districts and states that other zoning districts may apply. A zoning district may be appropriate to be mapped, either through the Planned Unit Development or zoning map amendment process, if it is not inconsistent with the Comprehensive Plan, including the Future Land Use and Generalized Policy maps, the text of the Plan and the intent of the land use category. Under Zoning Regulations, a proposed Planned Unit Development should not “result in unacceptable project impacts on the surrounding area.”

This removes or replaces current language:

227.2.  Each land use category identifies representative zoning districts and states that other zoning districts may apply.  The Zoning Commission, in selecting a  zone district, such as through a Planned Unit Development or Zoning Map Amendment, shall determine if it:

*   Is not inconsistent with the Comprehensive Plan;

*   Meets the intent of the Future Land Use Map land use category;

*   Is generally compatible with the character and scale of the Future Land Use Map land use category when considering the site in total; and

*   Is generally compatible with the physical and visual character of the  surrounding neighborhood.

Email communications@handhousing.org by 5:00pm October 4th, with your name or organization if you would like to sign the letter below: