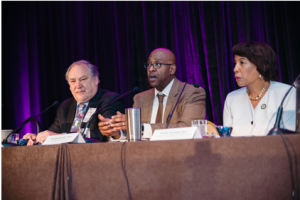 In early 2019, the HAND Board and staff completed a Strategic Alignment process to determine how to leverage the power of its membership to make meaningful progress on the housing affordability crisis. After interviewing and surveying hundreds of members, one of the clearest messages that emerged was that HAND must use its unique platform to influence affordable housing programs and policy in the Capital Region of Baltimore, Washington and Richmond.

HAND accepts this challenge and is committed to taking bold steps to build public and private will, and to catalyze action that addresses the crisis in a substantial manner. Keep reading for more details on these efforts and how HAND has played a role in advocacy and policy to date. 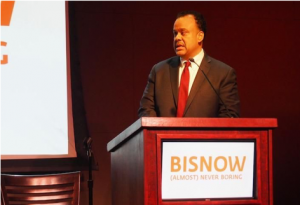 Housing Leaders Group of Greater Washington
In 2014, HAND served as a founding member of the Housing Leaders Group of Greater Washington (HLG). This collection of more than a dozen public and private sector leaders concerned about housing affordability has examined: 1) the nature of the affordable housing shortage in the Greater Washington region; 2) the relationship of housing affordability to economic growth; and 3) strategies to increase affordable housing for low- and moderate-income households in the region.

In March 2019, HAND partnered with HLG to launch the Capital Region Housing Challenge, an initiative to secure one billion dollars in new private and public capital to advance the preservation and creation of affordable housing.

“Day in the Life of a Child” PSA Campaign
To coincide with its 24th Annual Meeting and Housing Expo, HAND released the a series of an unprecedented public service advertisement (PSA) campaign directed towards highlighting the need for housing affordability. The “Day in the Life of a Child” series focused on the disparity between wages and affordability in the Washington, D.C. area by highlighting the professionals in a child’s life whose average salary often does not sufficiently cover market-rate housing in addition to the other basic necessities of life.

Make Room
HAND has enjoyed a great partnership with Make Room for the past several years. Dedicated to giving a voice to struggling renters, elevating affordable rental housing on the national agenda, and advocating for better policy solutions, the organization’s goals aligned well with those of HAND and its members. Make Room has wound down its operations, but its very important work continues with another valued partner in this space:  the National Low Income Housing Coalition.

Exelon and Pepco Merger
When the Exelon Corp., one of the nation’s largest electric utilities, announced its intent to acquire Pepco Holdings Inc. in 2014, the National Housing Trust (NHT) approached HAND about working together to secure investments for energy efficiency improvements in affordable rental housing. To win approval of the merger from the Maryland and District of Columbia Public Service Commissions (PSCs), the utilities had to demonstrate that the transaction would result in direct benefits to customers through investments in rate credits, energy efficiency, and other opportunities. The challenge was ensuring that affordable housing owners and residents would share in those benefits.

WGL Holdings-AltaGas Merger
HAND also partnered with NHT, NCLC and MAHC to serve as an intervener with the Washington Gas merger proceedings in Maryland and Washington DC. As a result of these efforts, NHT’s energy efficiency team successfully negotiated a commitment with WGL to invest a total of $8.8 million to make energy efficiency improvements in housing for low-income Maryland and D.C. residents. This included a $4.2 million investment from AltaGas to support low and limited-income residents in affordable multi-family housing and provide financial contributions to the Washington Area Fuel Fund for emergency utility bill assistance to Washington Gas consumers who meet income requirements. NHT also secured a commitment from WGL to actively support Earned-Income Tax Credit (EITC) outreach through both in-kind contributions and a financial commitment of $250,000 to the D.C. EITC Campaign. The EITC is a special tax break, based on the federal EITC, designed specifically for low- and moderate-income workers.

Puerto Rico
HAND collaborated with Enterprise and other partners in Puerto Rico to develop “Together, We’re Better,” the inaugural program for a new collaborative initiative to support the nonprofit sector. The event featured Puerto Rico-based nonprofits, stateside organizations and local government agencies experienced in working on recovery and rebuilding efforts following disasters. HAND was instrumental in coordinating the initiative’s launch. 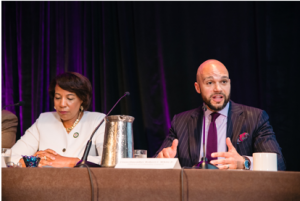 Housing Indicator Tool (HIT). This one-of-a-kind platform will provide the most up-to-date information on housing production and preservation across the region, and allow members and industry stakeholders to: track local efforts to produce and preserve affordable rental housing; hold public & private sectors accountable for making progress on expanding housing options; and provide a high-level evaluation on the effectiveness of local programs and policies intended to bolster affordable housing production.

LeadingAge Senior Housing NOW Rally
HAND served as a Co-Host of LeadingAge’s Senior Housing NOW Rally on Capitol Hill in May 2019. Affordable senior housing residents and advocates from around the country convened at the U.S. Capitol in Washington, DC to urge Congress to protect and expand funding for the HUD 202 program. This critical program finances supportive housing for very low-income elderly individuals and provides rent subsidies to make these homes affordable.

Housing Priorities Coalition
In October 2019, HAND and its fellow members of the DC Housing Priorities Coalition successfully advocated for key amendments that ensure affordable housing and the prevention of displacement are priorities of the DC Comprehensive (Comp) Plan. As the primary document that guides what and where development occurs in the District for the next few decades, the DC Comp Plan has the power to stem the tide of economic and residential segregation. HAND also sent a letter to the Office of Planning in January 2020 with comments to the last draft update of the plan. This letter emphasized HAND’s support of the amended Framework Element of the Comprehensive Plan as passed by the DC Council in October 2019, including its acknowledgement of the need for increased affordable housing and protections against displacement.

CRA Reform
In early 2020, HAND submitted comments to both the Office of the Comptroller of the Currency (OCC) and the Federal Deposit Insurance Corporation (FDIC) on proposed changes to the Community Reinvestment Act (CRA). Originally enacted in 1977, the CRA was designed to strengthen existing laws that required banks to sufficiently address the banking needs of all members of the communities they served. Specifically, one of the goals of the CRA was to reverse the effects of redlining, a controversial practice in which banks restricted lending in certain neighborhoods that were deemed too risky (particularly communities of color). The CRA requires its regulators to assess how well each bank fulfills its obligations to these communities, and the score is used to evaluate applications for future approval of bank mergers, branch openings, and more. The incentives under CRA are also a major driver of investment in LIHTC, which impacts investment in affordable housing.  HAND’s comments argued that the proposed changes were counter to the original intent of the law, and will make banks far less accountable to the communities they are responsible for serving.

CARES Act
The Coronavirus Aid, Relief, and Economic Security (CARES) Act, signed into law on March 27, 2020, treated Washington, DC differently than virtually all other federal legislation by funding it comparably to U.S. territories rather than states—which meant it lost some $750 million in essential financial support (the District of Columbia was allocated about $500 million compared to $1.25 billion for states). In April 2020, HAND joined the Washington Regional Association of Grantmakers (WRAG) and nearly 30 other leaders representing philanthropic, business and nonprofit organizations in the Capital Region to call for funding at the state level for DC in future COVID-19 legislation.

Fairfax County Budget
In April 2020, HAND had the opportunity to provide comments on Fairfax County’s Revised FY2021 Budget. On top of the existing housing affordability crisis, Fairfax County and the surrounding region were also navigating the COVID-19 pandemic, which only served to magnify the harsh challenges within our most vulnerable communities. HAND’s letter urged the County to consider recommendations that prioritized support for: vulnerable populations, service providers and nonprofit property owners, housing affordability and racial equity.

National Residential Rent Relief Fund
In April 2020, HAND joined  the Virginia Poverty Law Center and other community organizations in calling for the Virginia Congressional delegation to support efforts to provide $100 billion in federal funding for a national residential rent relief fund. At the time, Virginia, like the rest of the country, was dealing with devastating impacts from COVID-19. The state faced nearly 500,000 unemployment claims by late April 2020 according to the Virginia Employment Commission. A substantial portion of these claims were filed by food preparation and service workers and administrative workers, who also tend to be renters. Further, the University of California at Berkley reported that nearly half of renter households in Virginia were rent-burdened, putting countless residents at risk for eviction – which not only impacts residents, but also housing providers who are expected to make mortgage payments. Importantly, the letter also requested that the program include prohibitions on: charging late fees, issuing pay or quit notices, and filing eviction cases in court.