HAND is a member of the Housing Leaders Group of Greater Washington (HLG)– a collective of more than a dozen public and private sector leaders concerned about housing affordability. Launched in 2014, the group was set in motion to examine:

The co-conveners are the Washington Regional Association of Grantmakers, Enterprise Community Partners, Metropolitan Washington Council of Governments, the Greater Washington Community Foundation and Citi Community Development. Other participating organizations include: 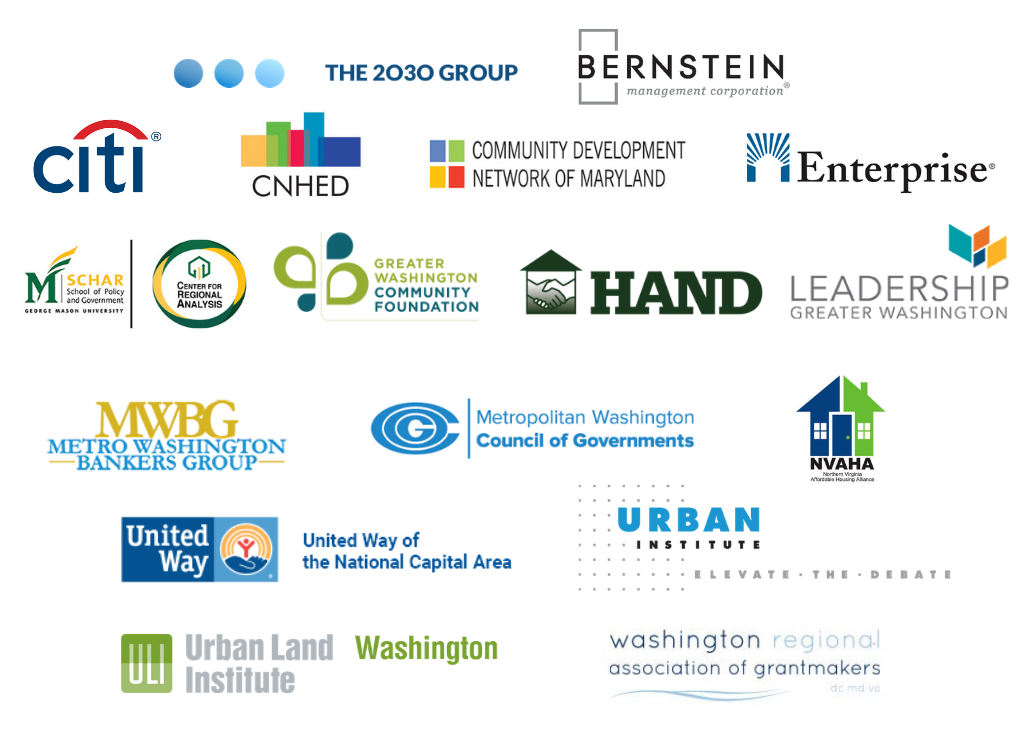 In March 2019, HLG launched an initiative to secure one billion dollars in new private and public capital to advance the preservation and creation of affordable homes in the District of Columbia, suburban Maryland and Northern Virginia. HLG announced the initiative, titled Capital Region Housing Challenge, at the BisNow DC Metro Affordable Housing Summit to encourage employers, anchor institutions, the philanthropic sector, other private investors, and  local and state governments to commit by the end of 2020 at least $500 million in new private capital and $500 million in new public funds toward affordable apartments and home ownership. The Challenge is not raising a fund for its own management nor deployment. Instead, this clearinghouse will highlight existing regional capital opportunities created by partners in both for-profit and non-profit arenas that address a spectrum of needs, neighborhoods, and conditions, as well as state and local trust funds and other public resources to leverage and expand impact.  Additional initiatives will be highlighted that align with the goals of regional housing affordability, and amplify the need for the increase in capital necessary to be successful. An update on progress made with new public and private commitments was also featured at HAND’s 28th Annual Meeting & Housing Expo on June 11, 2019 in Washington, DC.

You can find more details about the challenge on this fact sheet.