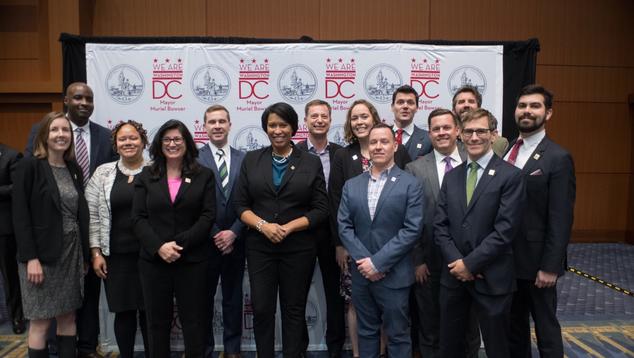 Is a Public Ally in Your Organization’s Future?

Public Allies is a social justice organization committed to changing the face and practice of leadership by recruiting and training talented young leaders, with a passion for social impact, to create meaningful change in our community. Allies are diverse, equity-centered, innovative problem solvers, dedicated to mobilizing community assets to develop solutions to local challenges. In partnership with nonprofit partners, the organization delivers its nationally recognized, values-driven, results-led apprenticeship to advance our mission to create a just and equitable society and the diverse leadership to sustain it. Public Allies Washington, D.C. is a proud member of the AmeriCorps national service network.

What do Allies Do?
Allies work on capacity-building projects that are likely to have an impact beyond their terms. This can include but is not limited to: recruiting volunteers, building partnerships, expanding outreach, and launching new programs.

What do Allies Learn?
The leadership development program challenges and supports Allies to become leaders who connect across social boundaries, facilitate collaborative action, recognize and mobilize community assets, commit to continuous learning and self development, and are accountable for creating impact. Allies gain a deep knowledge of their community and important skills from local community leaders, practitioners, educators, and residents. They also learn from the diverse backgrounds, perspectives, and experiences of their fellow Allies.

For more details, check out these FAQs or visit the website.