Think DC Has Gentrified? A New Proposed Council Bill Will Make It Even More So.

The DC Council has introduced legislation that would change how long a homeownership unit must remain affordable when it is subsidized by the Housing Production Trust Fund—DC’s main source for affordable housing construction and renovation.  Right now, homeownership units subsidized by the HPTF must remain affordable for at least 15 years.  This means that if someone wants to sell their unit during that time period, they must sell it at a price that another low-income buyer can afford.  After 15 years, the owner can sell it for whatever price they like.  Keeping the unit affordable for at least 15 years helps ensure that DC maintains a stock of low-cost homeownership units for current (and future) low-income homebuyers, and helps keep affordable housing stock in neighborhoods that might rapidly grow in price.

According to changes now being proposed, however, the affordability period for homeownership units would be reduced to five years in neighborhoods considered to be “distressed.”  This means that affordable housing in areas like Mt. Pleasant, Columbia Heights, and Bloomingdale would be lost in just five years.  The likelihood that DC could replace those units in those neighborhoods without a significant amount of additional investment is pretty slim.  There might be specific DC neighborhoods where the housing market is so slow that residents need incentives to buy there, but those decisions must be carefully weighed against the amount of affordable housing that will be lost as a result.   The current bill doesn’t do this, and instead implements a blunt definition of “distressed” that would lead to the loss of affordable housing in some of DC’s hottest neighborhoods.

What defines a “distressed” neighborhood?  The proposed changes define a distressed neighborhood as one with a poverty rate of 20 percent or more.  It’s simple, except that definition includes DC neighborhoods like Mt. Pleasant, Columbia Heights and Bloomingdale – areas that were affordable 15 to 20 years ago, and now typically only offer affordable stock if a subsidy (on the development side and/or on the purchase side) makes it affordable to low-income households.  Under the new bill, a low-income buyer could receive a subsidy to buy into one of these neighborhoods and sell after 5 years to a market-rate buyer.  The proposed law will also allow the original nonprofit developer the first right to buy the unit back, but in any of these rapidly gentrifying neighborhoods, the developer would need an additional subsidy (on top of the original subsidy) to make the unit affordable to the next low-income buyer.  In these still-tough budget times, what jurisdiction can afford to put brand new subsidy in every five years on the same unit?

How does this compare to local and national best practices?  The proposed change to DC’s HPTF law is out of step with affordability best practices across the country, and also with jurisdictions in our own backyard.  It positions DC, which has in the past been a leader both locally and nationally in affordable housing policy and funding, to have some of the most lax affordability restrictions in the region when it comes to homeownership.  Arlington imposes a 30 year affordability restriction on units developed with its Affordable Housing Investment Fund, and uses a shared equity model for households using their mortgage assistance program (MIPAP) in which owners have to share the proceeds of a sale to help the next low-income buyer afford the property.  Montgomery County, which notably started out with 5 year restrictions back in the 1970s, has increased their affordability period to 30 years on many of the properties purchased through their Moderately Priced Dwelling Unit (MPDU) program.  According to a National Housing Institute report, the county had lost 2/3 of the affordable units it had created by the time they enacted the 30-year requirement.  The proposed DC change also breaks rank with other progressive jurisdictions around the country like San Francisco and Seattle (King County) that have typically been DC’s housing peers.

But aren’t there truly distressed neighborhoods where even low-income buyers need incentives to purchase?  Sure, I can imagine places where long-term restrictions truly prohibit homeownership, i.e. they are so distressed that potential buyers won’t buy in if there are restrictions.  Do we think this is the case for neighborhoods like Bloomingdale or Columbia Heights, though?  Moreover, the definition of “distressed” in the proposed bill uses the poverty rate, data that can be as much as five years old by the time we get it.  Under this bill, a gentrifying neighborhood could get defined as distressed and it could be more than a decade before it is no longer defined as such.  The neighborhoods mentioned above all began transitioning more than a decade ago.  If truly defining distressed, we should be looking at current data about home values, sales price and number of transactions – all data available from the DC Office of Tax and Revenue.

Shouldn’t subsidized buyers get the same benefits from homeownership as everyone else?  In a perfect world where public subsidies are unlimited or there is enough naturally occurring affordable housing to meet needs at all points on the housing continuum, yes they should.  In the real world where we have limited resources, though, I think that if someone shared with you, you should share with the next person.  In affordable homeownership terms, we call this concept “equity sharing.”  Equity sharing models are in that gray area where most good public policy resides!  These models don’t propose that subsidized buyers walk away with nothing, but they don’t get to walk away with everything either.  Data and research from restricted homeownership models tell us that homeowners in these units tend to sell their homes at the same rate as other homeowners, within 5 – 7 years, and that some 2/3 of them are able to build enough wealth in the process to buy their next home at market price with no deed restrictions.  Folks much smarter than I am have done a lot of research on this, though.  Check out this quick piece done by Brett Theodos, a researcher at the Urban Institute.

Affordable housing is really about rentals; why should I care about affordability restrictions for homeownership units?  Well, the shorter the affordability period, the more we have to return to the public trough to keep those units affordable.  The same trough where you get your rental housing subsidies!  We have to make wise decisions across the board about how to use our scarce public resources.

The Washington Metropolitan region, overall, is an attractive place to live.  Our residents have some of the highest incomes in the country, and we struggle to create and preserve housing that everyday working people can afford.  This challenge will be with us for a long time to come.  As a result, it is shortsighted to consider easing affordability restrictions in all but the most dire of circumstances.  Moreover, we are talking about use of our public funds, and any time the benefit of public funds is going to inure to individuals and not back to the public, the trigger should be a difficult threshold to meet.  According to a Center for Housing Policy report  about affordable homeownership strategies, well-designed programs can both protect limited public resources while also giving buyers the benefits of homeownership.

As an affordable housing community, we fiercely defend and protect affordability restrictions on rental units.  Why are we not equally protective of homeownership units, particularly when there is a ton of good data and models that say we can both help low-income buyers build wealth and keep the unit affordable for the foreseeable future?

LEARN MORE! The Coalition for Smarter Growth has weighed in with a full set of recommendations to make this proposed bill less harmful.

GET INVOLVED! The DC Affordable Housing Alliance has drafted this sign-on letter to encourage the Council to support these changes.  Email me to sign on as either an individual or as an organization.

SPEAK OUT! The DC Council will hear from the public about this bill on May 29th at 10 am.  Email the council to sign up to speak or to submit written comments.

Angie Rodgers is Principal of Peoples Consulting, LLC and a co-convener of the DC Affordable Housing Alliance, a coalition of individuals and organizations dedicated to promoting policies, programs and resources that support the successful development, preservation and operation of affordable housing and related programs and services in the District of Columbia. 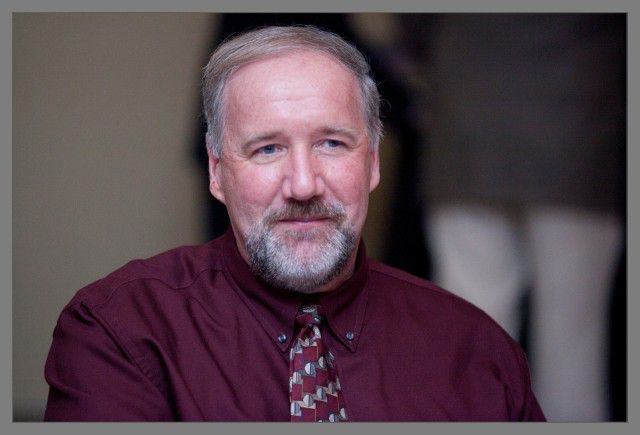 Stanley Martin Homes is a developer people know and trust in the Washington, D.C. area. However, its vice president of construction, Michael Cleary, is also known in Virginia for his unerring commitment to affordable housing.  The winner of the HAND Housing Achievement Virginia Peters Nonprofit Friend of the Year Award, Cleary has gone over and beyond to do his part in helping create affordable homes for those in need.

In 2013, HAND member HomeAid Northern Virginia honored Cleary with its President’s Award, recognizing his continued dedication in volunteering to help the organization build homes for the homeless. His volunteer work with HomeAid included leading a team of architects, trade partners and others to complete renovation and rehabilitation projects. Through collaboration efforts with other local Virginia organizations and agencies, Cleary has lead teams of trade partners, architects and others to complete major renovation projects for a homeless disabled veteran and his family, a single mother with four daughters, a transitional housing facility and other notable housing projects.

The HAND Nonprofit Friend of the Year Award is named after the late Virginia S. Peters, a school teacher who was called to serve to help build affordable housing for Virginians. Peters ultimately founded the Wesley Housing Community Development Corporation and later provided needed guidance to HAND in its early days.

HAND is proud to recognize Michael Cleary with this esteemed award, and hope you come out to the HAND Annual Meeting so you can congratulate him, too!