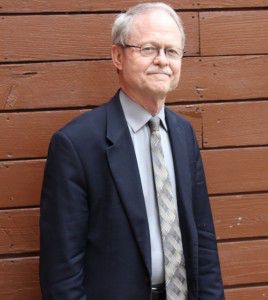 Within the D.C. affordable housing and community development network, there are countless of champions who have affected monumental changes in the way we create dynamic neighborhoods for D.C. residents. Yet, there are also a few living legends that have been those change-agents and more. They have risen to the level of leader, mentor and friend to those in need. Bob Pohlman, the HAND 2014 Housing Achievement President’s Choice Award winner, is one of those living legends.

Before becoming executive director of the Coalition for Nonprofit Housing & Economic Development (CNHED), Bob was a 23-year veteran with the D.C. government where he held the roles of Director of the Department of Housing and Community Development, Deputy Mayor for Finance and Chief Executive Officer. He also served on both the District’s Comprehensive Housing Strategy Task Force and, more recently, was appointed by Mayor Vincent Gray to serve on the Housing Production Trust Fund Advisory Board. Bob had been a pivotal figure in organizing a citywide housing advocacy campaign to gain dedicated funding for the Fund, which has gone on to become one of the national’s most successful housing trust funds in existence. It has invested more than $400 million to help finance the production of more than 8,000 affordable homes for D.C. families in need.

Bob has been CNHED’s executive director since its inception in 2000. During his tenure, he has led the 140-member organization to great heights by ensuring that residents with low- and moderate- incomes have proper housing and opportunities in neighborhoods throughout the District. In addition to leading major housing advocacy campaigns, such as the Trust and the creation of a rent subsidy program and a fast-track affordable housing acquisition fund, CNHED’s consistent policy work led to five D.C. agencies adopting a consolidated funding process for permanent supportive housing. Over the course of the past 14 years, CNHED has trained 5,000 community development professionals, published a number of research reports and policy papers, and disseminated a weekly industry newsletter to thousands of subscribers.

For the past 40 years, Bob has been a vital and respected leader. However, he recently announced that he plans to retire at the end of 2014.

“I’m proud of what we’ve been able to accomplish on behalf of DC residents,” said Bob. “I fully expect CNHED to grow stronger and even more effective in the years to come.”

HAND is pleased to recognize Bob Pohlman with the President’s Choice Award, one of HAND’s highest honors. We look forward to seeing you at the HAND Annual Meeting so you can offer your congratulations to him in person! # HANDAM2014

← Think DC Has Gentrified? A New Proposed Council Bill Will Make It Even More So. (previous entry)
(next entry) Supporting Our Region’s Veterans Report: Assessing the Network of Services Available for Post-9/11 Veterans and Their Families in Northern Virginia →
© Copyright Housing Association of Nonprofit Developers (HAND)