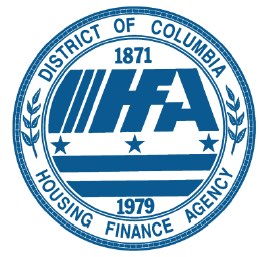 The Board of Directors of the District of Columbia Housing Finance Agency (DCHFA) announces the appointment of Todd A. Lee to the position of Acting Executive Director. Lee joins the Agency with more than 20 years of extensive experience in the field of multifamily and commercial real estate finance, including a diverse background in multiple areas of investment and lending across a range of property types. As the Vice President for Multifamily Equity in the Community Investments unit of the Multifamily Division at Fannie Mae, Lee built a national investment portfolio that grew to 44,000 housing units (including the District of Columbia) with a gross asset value of $4.5 billion. Buwa Binitie, Chairman of the Board of Directors, DCHFA stated “Lee’s industry and leadership acumen will further advance DCHFA’s mission of preserving and expanding affordable rental housing along with supporting homeownership opportunities in the District at a time when our neighborhoods are changing rapidly.”

Upon his appointment, Lee stated “I know first-hand that Washington, D.C.’s long term citizens desire and deserve affordable housing. I began my real estate finance career with American Security Bank’s Community Development Lending Group here in the District. Now, I assume this new post prepared and committed to fulfill this Agency’s public mission.” In the past 14 years, Lee has held various leadership positions in the Multifamily Division of Fannie Mae, including Vice President Borrower Relationships Structured Transactions and Seniors Housing, Director of Multifamily Equity and Director of American Communities Fund. Before his tenure at Fannie Mae, Lee served as the Vice President; Structuring Specialist in Bank of America’s Real Estate Structured Debt Group and held the position of Vice President at Chevy Chase Bank (currently Capital One). Lee is an Associate Member of the Urban Land Institute, is a member of and serves on the Housing Committee of the District of Columbia Building Industry Association and the Chair of the Finance Unit of the District of Columbia Housing Preservation Strike Force.