Housing as Part of the Roadmap for the Region’s Economic Future: The Prospect for Regional Collaboration

The Washington, D.C. area economy is the in the midst of dramatic restructuring – largely as a result of declines in federal spending in the region.  A group of business and community leaders, along with advocates, philanthropists and funders, have come together to work on strategies for repositioning the regional economy to ensure that the Washington, D.C. area is able to compete in today’s global economy.

They called this strategy the “Roadmap for the Region’s Future Economy.”

In a series of recent interviews with senior business executives in the region, it was clear that quality-of- life issues—specifically housing and transportation—were key to our economic success. Many business leaders interviewed for this project said that “reducing social inequality across the D.C. region was critical to bolstering the region’s economy” and policies related to affordable housing and transportation were “more important than adjustments to corporate tax policies.”

So, according to the Regional Roadmap project, having sufficient affordable housing is vital to the region’s economic future. 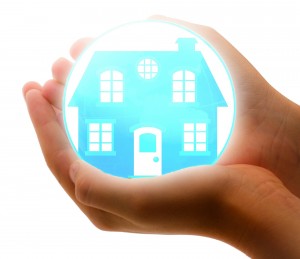 The growing recognition of the link between housing supply and economic growth is not unique to the Washington, D. C. region. In a 2013 report, researchers Chris Benner and Manuel Pastor found a strong relationship between regional economic resiliency and economic integration. Last year, researchers Chang-Tai Hsieh and Enrico Moretti concluded that the lack of a sufficient supply of housing has reduced U.S. GDP by 10 percent. They also explicitly linked the economic loss to excessive regulation in the housing market which has precluded the building of enough housing. The Chairman of President Obama’s Council of Economic Advisors—a non-housing official—said that restrictive local land use regulations are contributing to increasing inequality and declining productivity, nationally.

All of the partners involved in the Regional Roadmap project seem to agree that regional cooperation and collaboration is key to the success of the initiative and to building a vibrant, sustainable economy. However, regional cooperation on housing issues is probably more difficult than on any other issue identified in the project. Why is a formal regional compact (or a collaborative) on housing unlikely in the near term?

Local control over housing decisions. Land use and development approvals are ultimately local decisions. The decision to provide public resources—or to allow greater density, a streamlined approval processes, or provide other incentives to produce or preserve affordable housing—are subject to intense local debate by community members, elected officials and other stakeholders. Regional collaboration is very challenging when it involves—or even appears to involve—weakening local autonomy over these decisions

No good models. It turns out that there are very few models, from around the country of regional efforts that have had a meaningful impact on the production or preservation of affordable housing, specifically in Baltimore, Illinois and with the Northwest Regional Housing Authority. The regional initiatives that have been adopted in other parts of the country are quite modest, and have tended to focus on a regional approach to allocating housing choice vouchers. Furthermore, there are no examples of regional collaboration on housing issues across multiple states (or state-like entities), such as what we have here in the D.C. region.

Other more urgent challenges: Fix Metro. While housing is definitely an important issue, the region is currently grappling with a more immediate challenge—Metro. Local elected officials, business leaders and community members are focused on making sure Metro remains a viable transit system. There seems to be little opportunity to use this possibility as a way to bring stakeholders together to work more generally on regional issues. 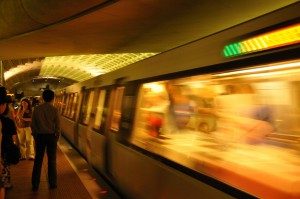 Despite the hurdles with a formal regional initiative around affordable housing, there are several things that advocates, developers, planners and other stakeholders can do to keep the attention on the region’s housing needs and to move towards a more coordinated approach to expanding housing options throughout the metropolitan area.

Share best practices across localities. In addition, regional organizations, including the MWCOG, the Greater Washington Housing Leaders Group and HAND, should continue to find ways to bring area housing planners and elected officials together to talk about local land use and effective financial strategies used in their communities to facilitate the production and/or preservation of affordable housing. These meetings should go beyond the high-level program descriptions and discuss the nuts and bolts of garnering support, implementing the program and following through on measuring outcomes.

Learn more about how to communicate. We are probably not going to come up with a new approach to housing that has never been tried before. In fact, the local jurisdictions in the Washington, D.C. area tend to be leaders on affordable housing policy among communities across the country. Instead, we need to focus less on documenting the need (it’s considerable!) or identifying best practices (we know what they are!) but rather on how to communicate with residents, neighbors, community groups and elected officials to make a better case for action—both at the local and regional levels—especially considering there are so many competing needs and conflicting priorities.

Achieve small regional successes. Although a large-scale regional housing initiative in the Washington, D.C. region might be a long-term goal, in the immediate future there are opportunities for local jurisdictions to work collaboratively on a smaller scale. Last year, the District of Columbia, Prince George’s County and Montgomery County agreed to work together towards eliminating homelessness. Other potential regional efforts could involve a subset of local jurisdictions to advocate for at the state-level. Successful, smaller initiatives can help build trust among local leaders and lay the groundwork for more comprehensive regional housing efforts.